Client
The City of Belgrade, Secretariat for Urban Planning and Construction

The object is designed as an object on the corner. It also developed in the inter area of the plot by creating an internal public square. This is the way how the street “enters” into the building. Form was followed by function – retail shops and entrance to the small shopping mall are placed on the ground floor. A bank and commercial services are placed above it, as a connection area which serves both, retail area below and business center and hotel above. Restaurant with terrace are places on the top and it can be used independently from the rest of the building. Separate entrance and vertical communication were designed.

The blinds designed on the south-eastern façade occurred form the orientation of the building, which produced a need that this façade, or more precisely, its inner space, must have sun protection. The blinds are designed as prefabricated panels on the substructure. Its shape mimics an organic form which looks like the crowns of the trees, while the columns are designed as tree trunks. In this way, besides protection from the sun, we have achieved a visual connection to the already existing city matrix – connecting with a large park across the road.

With this kind of the design, the building treated as an organic entity with a facade depicting a silhouette of trees, we have achieved the accent of this point in the city. Including the core concept, as well – seamless and open connection between outside and inner world and adjacency have contributed to the idea of creation of strong mixed-use communities, functionally and visually.

Also, with adequate facility organization within the building we enabled for this multifunctional complex to function both in daytime and in the evening. 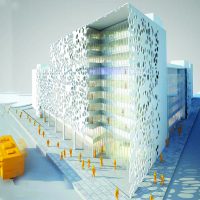 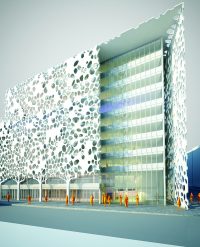 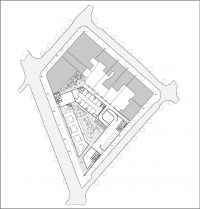 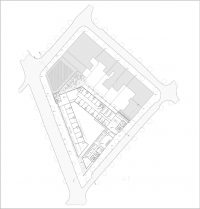 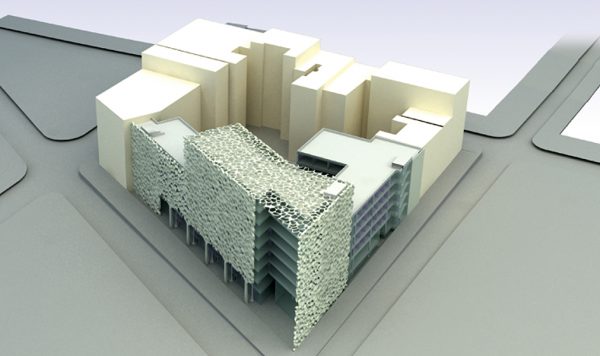 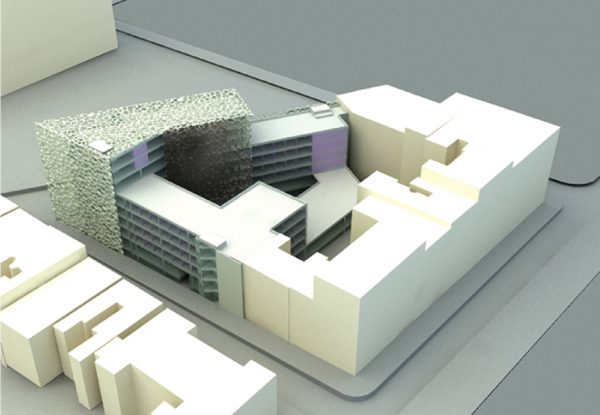 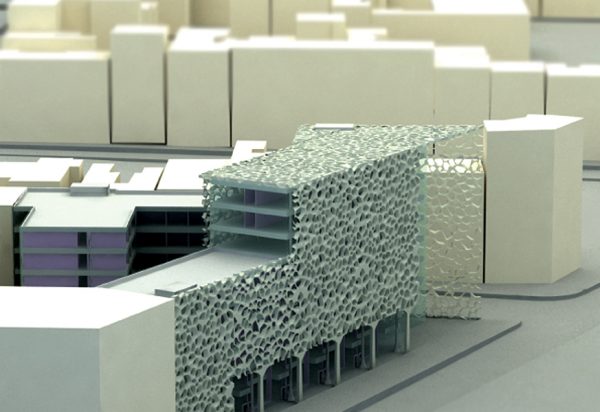